Saving Babies and Innovative Design: The Power of Focusing on a Specific Point-of-View

We can all agree that business growth comes from serving the needs of customers more effectively than competitors. What is less known is the idea that focusing deeply on a small part of the market can reveal remarkable insights that lead to big innovations.

A dramatic illustration of this comes in a story about a baby named Long, born in February 2012 in China. When the Little Flower Orphanage found him, Long weighed just 2 pounds and suffered from a common problem experienced by premature babies: an inability to retain body heat. His chance of survival was uncertain at best. However, the orphanage used a new technology to help him.

To understand how this technology came to be, we need to go back further – all the way back to 2007, when five Stanford Design School students met in a course called “Design for Extreme Value.�?

These students were presented with a big, messy question: how can we design a better Neonatal ICU incubator to combat the soaring death rate of premature and low birth-weight babies in developing countries?

Infant deaths are a devastating problem around the world. Each year, more than 1 million babies die on the day they are born, and 98% of these deaths occur in the developing world.

Premature babies initially don’t have the body fat necessary to regulate their body temperature, so even room temperatures can be deadly. Their deaths are completely preventable with the aid of one simple device: the neonatal incubator.

To these students, the answer seemed obvious: get more NICU incubators into the field. The obvious solution in their mind was to design new, less expensive incubator technology that clinicians would find reliable and effective.

Surprisingly, closer investigation revealed that hospitals had a sizable number of incubators, but many were not even being used. The reasons why were clear: health care workers lacked the specialized training to use and maintain them. More importantly, though, was lack of access. Much of the population lived in rural areas, hours away from cities and towns with hospitals and clinics that housed incubators.

So, maybe more incubators in the field was not the solution. At the start, the students hadn’t been examining the problem from the right perspective.

They’d initially locked on to the clinician’s view, focusing on how to improve incubator technology. But the issue wasn’t technology, it was access. Given this, whose decision really determined the baby’s survival?

The parents. The team came to realize that the most important point-of-view (or POV) for their project was that of parents. Parents were the key decision-makers in ensuring the baby’s survival; the ones who made critical choices about actions to save their child. Parents had the most to gain from an effective solution.

In light of this, the student team reformulated its view of the problem and committed itself to studying this very specific point-of-view:

A desperate parent, in a rural area, who needs to give their dying baby a chance to survive.

The goal of a POV statement is to provide direction, clarity, and inspiration. In doing so, it should be very specific in describing a person in a situation with a particular need. It should be simple, yet compelling, capturing a context with which the designers and strategists can identify and connect. Their POV statement above hits on all cylinders.

[Tweet "The goal of a POV statement is to provide direction, clarity, and inspiration."]

In redirecting focus to parents, the team revealed several constraints faced in the rural setting:

The students learned that desperate parents, unable to afford or unable to access electricity-guzzling incubators, resorted to dangerous and ineffective measures in an effort to keep their babies warm (such as bare light bulbs, scalding hot water bottles, and even hot coals).

There had to be a better way.

With commitment to their defined POV, the team subsequently formulated some very clear design goals to guide their search for an improved solution:

To save the maximum number of lives, the design would have to function in a rural environment…to work without electricity and be transportable, intuitive, sanitizable, culturally appropriate, and perhaps most importantly—inexpensive.

These guidelines, along with a deep understanding of that desperate parent’s situation and needs, ultimately led to a powerful solution: the Embrace warmer.

The first prototype of the warmer was a device that “looked something like a sleeping bag. It wrapped around a premature infant, and a pouch of phase-change material (PCM) kept the baby’s body at exactly the right temperature.�?

The PCM maintained a constant temperature for four hours and could be reheated and used again. It could be manufactured and sold at a tiny fraction of $20,000 required for a traditional incubator.

They were onto something. 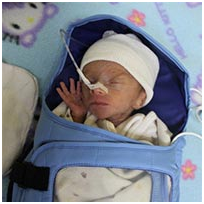 In 2008, the team formed Embrace Global, a social enterprise to manufacture and distribute the product through partners like Little Flower Orphanage. After iterating on a variety of prototypes through 2009 and 2010, they delivered the first warmer to a hospital in India in April 2011.

Launching in China in 2012, Embrace Global was able to provide a warmer for tiny Baby Long (shown here), who stayed in it for 30 days.

In its first few years, Embrace has produced dramatic results. The team has launched 105 programs in 11 countries and saved the lives of 144,000 premature babies in the process.

[Tweet "The team has launched 105 programs in 11 countries and saved the lives of 144,000 premature babies in the process."]

Transformational results like these are the result of ingenuity, creativity, and persistence. But smarts and passion – without clear guidance – can lead innovators to ineffective solutions more often than not. In contrast, with the guidance and inspiration of a specific and compelling POV, smarts and passion can make miracles.

And, lest we forget the most important point-of-view in this story, how is Baby Long doing these days? Turns out, he is a miracle with a new family! 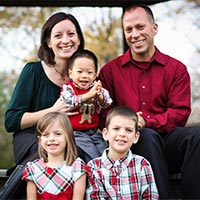 Your Customers: People, in Situations, with Needs

How is the POV concept relevant to your business? In planning and designing growth strategy, most organizations think of customers in an aggregate way, with broad labels. Customer groups are often described using terms like millennials, the West Coast market, high income consumers, the government, or distributors in the Midwest.

Instead of “distributors in the Midwest,�? think of Tom, the General Manager of the large distribution firm who is in an end-of-quarter time crunch and needs merchandise quickly and reliably to meet sales targets.

This more specific POV provides an actionable way to think about what product, service, and pricing enhancements may create value for Tom. It also drives the best approaches for communicating and selling that value to him.

Your customers have points-of-view. It can only help to learn more about them.

10 of the Best Growth Strategy Quotes 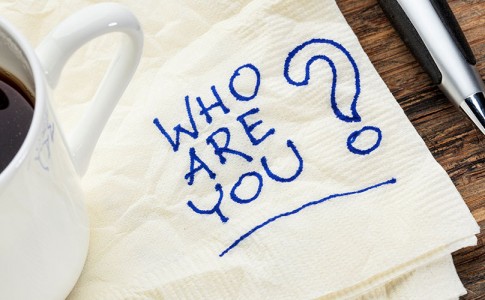