"It takes 20 years to build a reputation and five minutes to ruin it." --Warren Buffett

It’s been widely reported that Volkswagen cheated on EPA emissions tests of its “clean diesel�? vehicles. This is a huge blow for a brand that has built their reputation on being environmentally friendly and fuel efficient. They have betrayed the trust of consumers around the world.

How can Volkswagen manage this crisis? Can they recover?

We here at Vennli, a SaaS platform that synthesizes customer insights into growth strategies for businesses, polled more than 400 US car buyers about what factors are most important to them when purchasing a car and their perceptions of Volkswagen and competing brands.

Despite being a market leader across the world, only 4% of consumers currently in the market for a car would consider purchasing any Volkswagen vehicle.

The research also revealed that 42% of car buyers are less likely to purchase any Volkswagen vehicle as a result of the emissions software scandal. The perceptions of VW were largely the same for consumers looking to purchase diesel vs. conventional gas models, suggesting the negative press will impact more than just eco-friendly car sales.

If you were to buy a car today, which one of these brands would you be most likely to consider?

How has the recent news that Volkswagen forged emissions tests impacted your likelihood of purchasing a Volkswagen car?

Visualize Opportunities from the Customer’s Point-of-View

When the results of this consumer survey are mapped onto the vLens, a market visualization comprised of these real-time customer insights, the necessary strategic actions for Volkswagen to rebuild their brand in the wake of this scandal become clear. 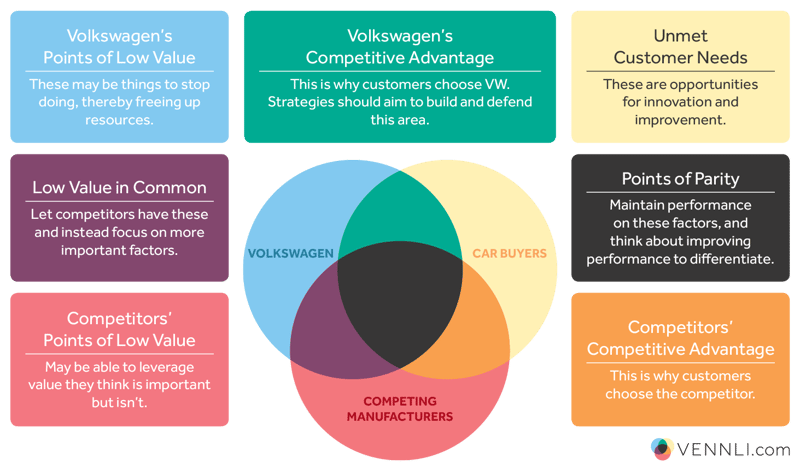 Car buyers who had NOT heard the news associated the following terms with BOTH brands: low emissions, latest technology, good fuel economy, trustworthiness, and environmentally conscious.

Respondents Who Have Not Heard About the Volkswagen Scandal:

However, when looking at people who had heard the news, Volkswagen lost significant ground to Toyota when it comes to the following factors: low emissions, trustworthiness, and environmentally conscious.

Respondents Who Have Heard About the Volkswagen Scandal: 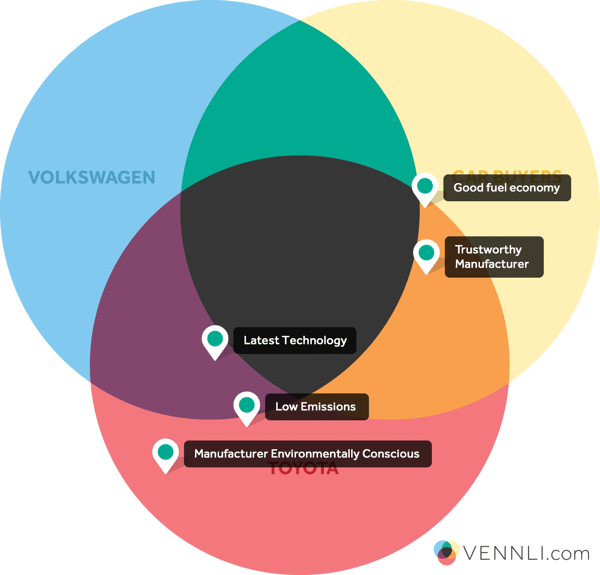 The findings are troubling for Volkswagen, but the data also reveals a way forward for the German car manufacturer.

The focus in the news has been on the emissions tests and environmental impact. However, respondents reported these are not highly important factors in their purchasing decision – they actually fall outside the yellow customer circle. Trust in the car manufacturer ranks much higher. 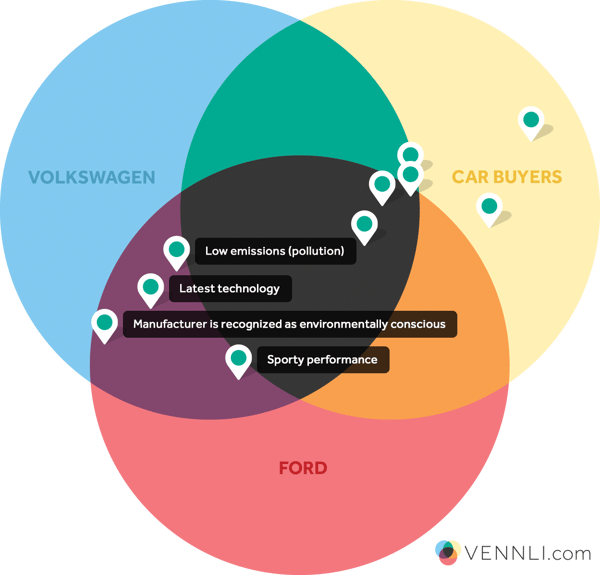 Volkswagen needs to be aware that key competitors may take this opportunity to move in on their market share, and that Toyota may be one manufacturer that is uniquely positioned to capitalize on their loss. Toyota appears to be Volkswagen’s strongest competitor post-scandal; its competitive advantages include five highly important factors to consumers: 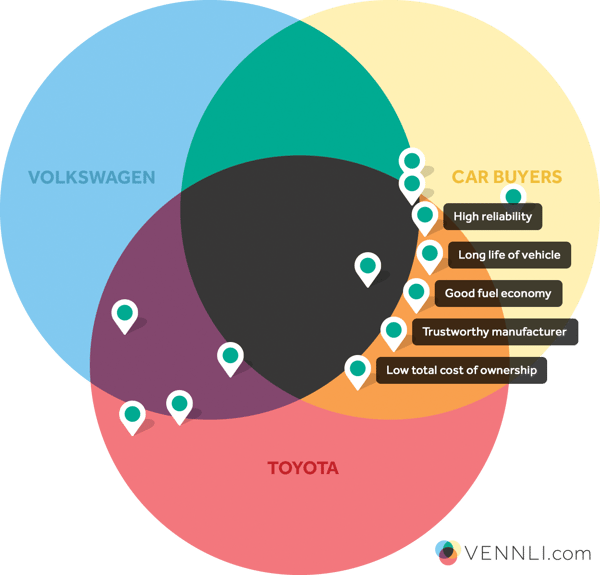 In fact, when segmenting just to the respondents who reported that they are now less likely to purchase Volkswagen in the future, Toyota’s stronghold became even more pronounced. And for car consumers that already preferred Toyota, the news about VW seemed to actually strengthen their preference for Toyota.

While it doesn’t appear that the news about Volkswagen has had a strong impact on perceptions of Audi (yet!), it will be important to monitor this moving forward. Savvy PR professionals over at Audi are likely trying to distance the brand from its parent company while playing up its own competitive advantage. The future for Audi’s brand perception is tenuous, so it’s important that they be proactive and prepared.

Volkswagen is at a pivotal moment in its history. It’s likely that the company will get only one chance to rebuild their image with consumers. They have to do it right. This will take new tools, a data-driven approach, and a laser sharp focus on what really matters to customers.

Fixing the “problem�? by updating the software in the 11 million affected vehicles is certainly a necessary step, but customer insights show that this will not be enough by itself to improve consumer perceptions or increase sales. Low emissions and environmental consciousness are actually lower priority in consumers’ minds.

What’s more important to consumers is having trust in a car manufacturer, which will take a lot of work and commitment to rebuild. This is a brand issue, not a product-line issue. A strategic focus on increasing consumer perceptions of honesty and transparency should be the highest priority.

Volkswagen’ strongest competitive position is with factors such as high safety ratings, reliability, long life of the car, and fuel economy. The company would do well to focus its messaging around these elements to reinforce their strengths in the eyes of consumers.

It’s too early to understand the full scope that this scandal will have on the automotive industry at large, but it’s clear that consumer perceptions have been strongly impacted. Now it’s up to Volkswagen to listen and let the customers’ voice determine their next moves.

Is Your Sales Model Keeping Up With The Pace Of Change? 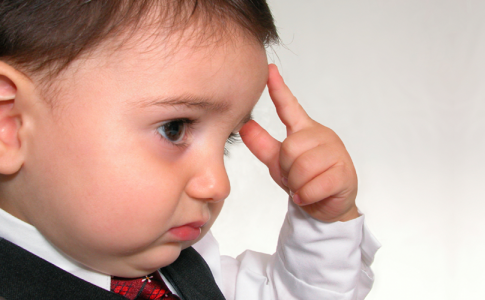 Stop Relying On Your Gut When It Comes To Consumer Choice