Win-Win Or Lose-Lose? A Nonprofit’s Battle To Increase Donations

Every December, people across the nation are bombarded with requests for donations. Not only are people in the holiday spirit, but they also have a chance to donate by the end of the year and claim the deduction on their taxes.

Did you donate to a charity last year? If you did, what factors played a role in your choice? If you didn’t, why not?

While nonprofits are traditionally viewed as noncompetitive, the reality is that not only do they compete with one another for donations… but a nonprofit’s biggest competitor is apathy.

You read that right. Their biggest competitor is PEOPLE DOING NOTHING.

And apathy is a powerful competitor.

Think about it. Logically, why WOULDN’T anyone donate to a charity? Not only are you doing something for a cause you care about (everyone cares about something, and there’s a charity for everything!), but you can reduce your personal tax burden by donating.

So why is it often lose-lose?

Basic psychology tells us it comes down to motivation, knowledge, or capability. People either don’t care, don’t know how, or it isn’t easy for them.

In order for a nonprofit to keep their doors open, as well as increase their impact and grow, they need to understand how donors make choices.

This is where we get excited because we’re customer choice data nerds. We want to know what is most important to donor choice, and how do the different “competitive offerings�? available to donors compare on these factors? (i.e. Why does apathy so often “win?�?)

By using Vennli’s model to segment their potential donor population, they found that that the major drivers of apathy and procrastination were:

Based on these findings and more, GRACE Scholars implemented several initiatives to improve the likelihood of individuals deciding to donate:

Due to these changes, they increased donations 58% year-over-year!

Here’s another example. Vennli sponsored a study looking at the choice to donate to the Bishop’s Annual Appeal for Catholic dioceses. These donations are used to provide services that ultimately support the Church in living their mission to help those in need.

But not only are parishioners asked once a year to donate by the Bishop at the diocesan level, they are also asked to donate at their local parish level on a regular basis. And many of these parishioners also make charitable donations outside their church.

How do they decide where to give? Well, we asked them.

We knew from a study on US Catholic Online Giving that only 17% of respondents donated regularly (in other words, apathy wins a lot!). The most likely to donate were those that attended mass on a weekly basis, which is not surprising. The more engaged someone is in the mission of a nonprofit, the more likely they are to give. (We confirmed this finding in our study as well.)

But what can a nonprofit like the Church do to increase the engagement of other parishioners? Understanding the nuances of how the choice to donate differs by segments within the larger potential donor population makes the difference.

Our study found that the most important drivers of the choice to donate to the Annual Appeal were as follows:

In fact, neither of these options were doing a good job of conveying how the donation would be used and the impact it would have – these were perceived to be unmet needs.

However, donors were more likely to give to the local parish because they were more familiar with the cause and how their money made an impact.

More strategic opportunities reveal themselves when digging further into the data. Here are some highlights:

If you lead a nonprofit, finding similar answers can help you de-code how your donors make choices as you build your strategic plan for 2016:

But don’t just answer these questions yourself. ASK your potential donors! Good luck!


Mary Claire is driven to help individuals and organizations reach their full potential. In between receiving her BBA and MBA from the University of Notre Dame, this Oklahoma native spent a couple years in between working in Guatemala and Nicaragua for a social enterprise organization. Prior to joining Vennli, Mary Claire was VP of Business Development at a company in the solar industry. At Vennli, she focuses on developing the Chicago and Notre Dame markets. 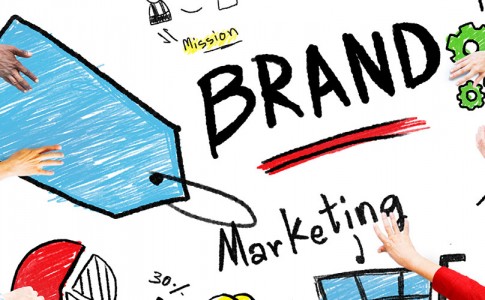